This form is only valid as a reservation request.
Please fill out all the boxes so we have all the information necessary to guarantee you a complete answer as soon as possible.

Do you want to receive updates about offers and promotions for the Villa Ave Hotel? Sign up for our newsletter!

directions to the villa ave hotel

Go straight for roughly 100 meters along Via Madonna until you get to the building marked #23. There is a sign that says “Hotel Villa Ave”. Hotel Finale Ligure

Train: Finale Ligure Station is serviced by all trains going along the Savona-Ventimiglia line in both directions. The station is roughly 2 km from the apartment and is reachable with guaranteed taxi service 24 hours a day, 7 days a week; right in front of the station; alternatively, during hours of operation, the Finale-Calvisio bus line leaves from the piazza in front of the train station and stops on Via Calvisio at the intersection with Via Madonna; go straight for roughly 100 meters along Via Madonna until you get to the building marked #23. There is a sign that says “Hotel Villa Ave”. Hotel Finale Ligure 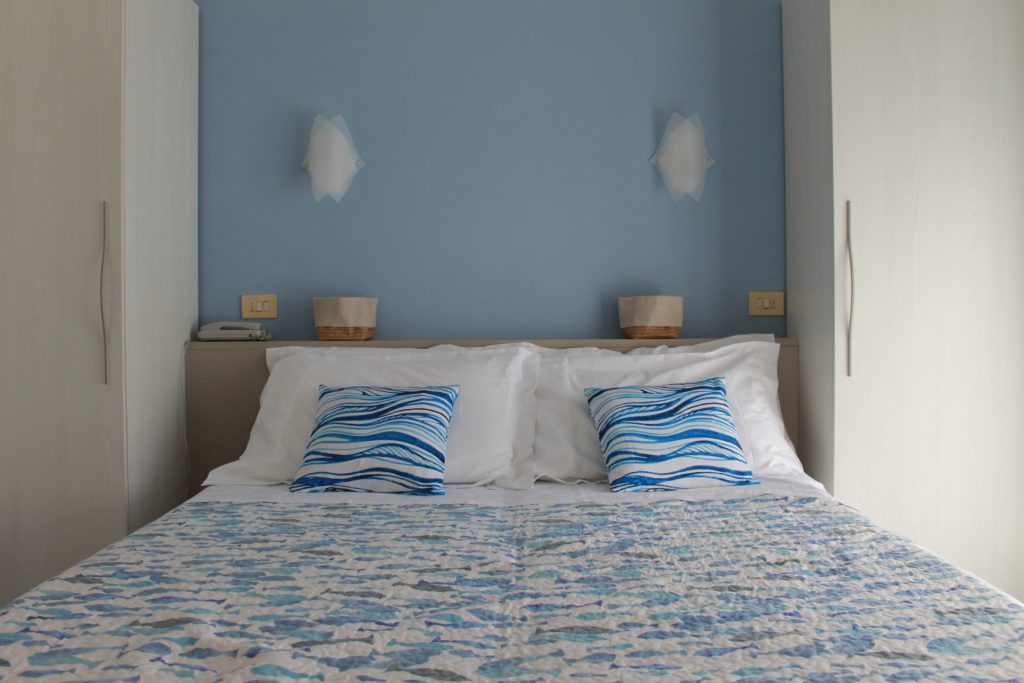 Hotel Villa Ave is just a few meters from the beach, in the center of Finalpia in a quiet neighborhood close to all types of stores (shops, supermarkets, bars, restaurants, banks, pharmacy, etc). The rooms, recently restructured and refurbished, are equipped with all modern services (CODICE CITR | 009029-ALB-0055). Villa Ave offers careful and punctual service, guaranteed by the owners who are quite attentive to the quality of service. 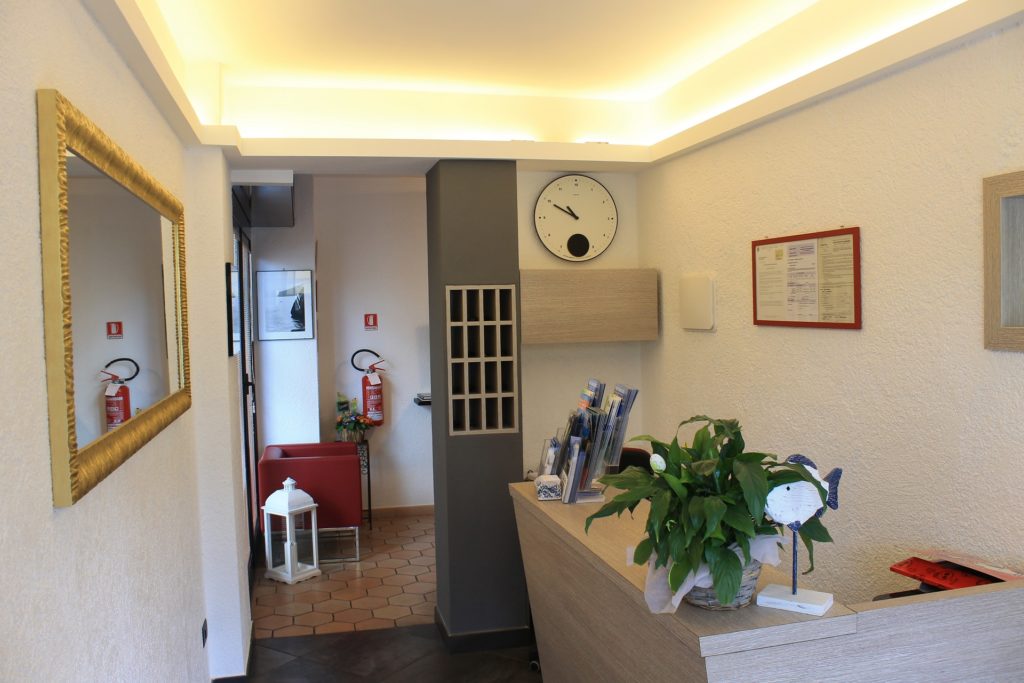 Upon arrival you’ll find Silvia welcoming you with her smile and kindness; she has been running this quaint, charming hotel for over thirty years alongside her husband Angelo. Several services are included in the room charge (B&B, half or full pension)  such as comfortable rooms with private WC, central heat, buffet breakfast, free wifi in common areas, etc. Villa Ave has 8 standard rooms and 2 family room. 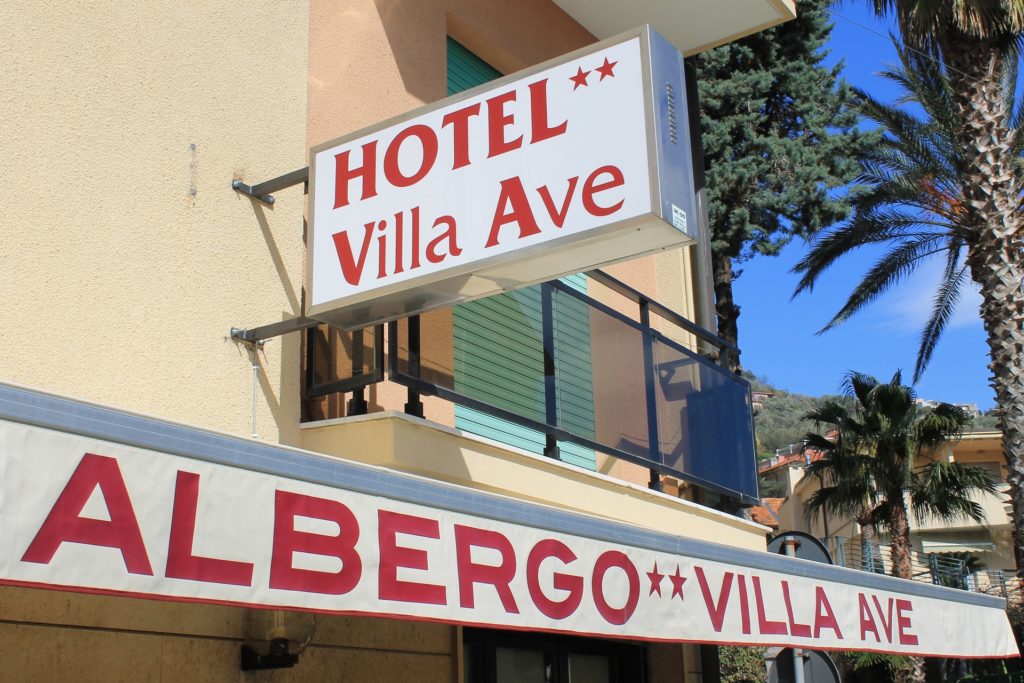 Hotel Villa Ave is open, from April to September. The hotel has a reception area, a bar and breakfast room, a restaurant area and 8 standard rooms and 2 family rooms. The rooms, all recently restructured and refurbished, are equipped with all modern comforts. Our guests also receive access to a private, outdoor garage for only 5 Euros per day per car; for bikers the possibility of using (free of charge) the services of our bike room. 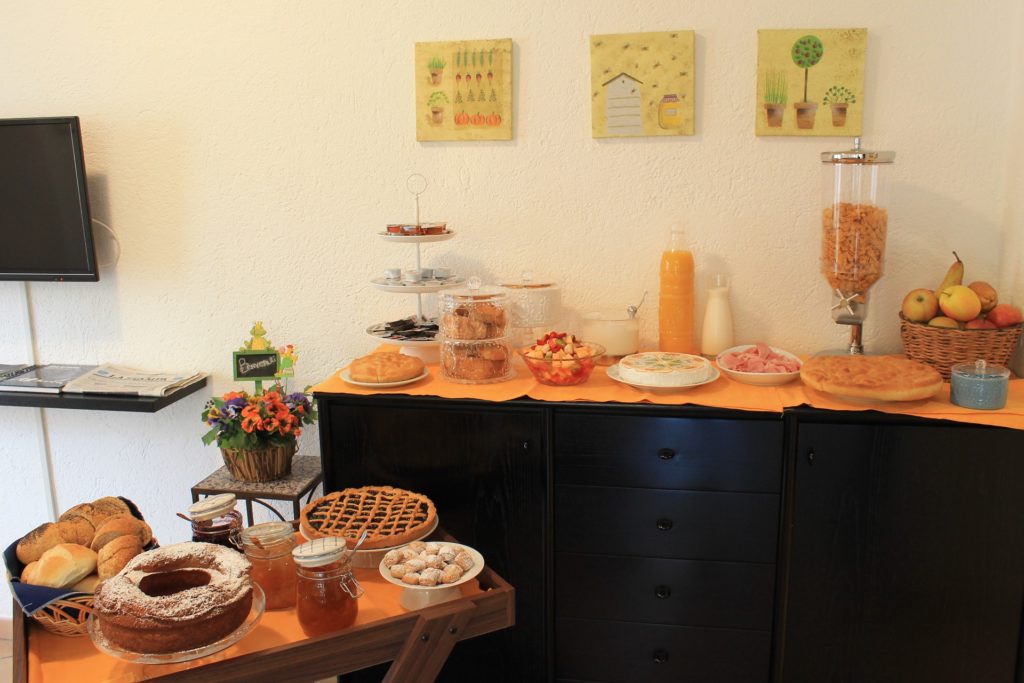 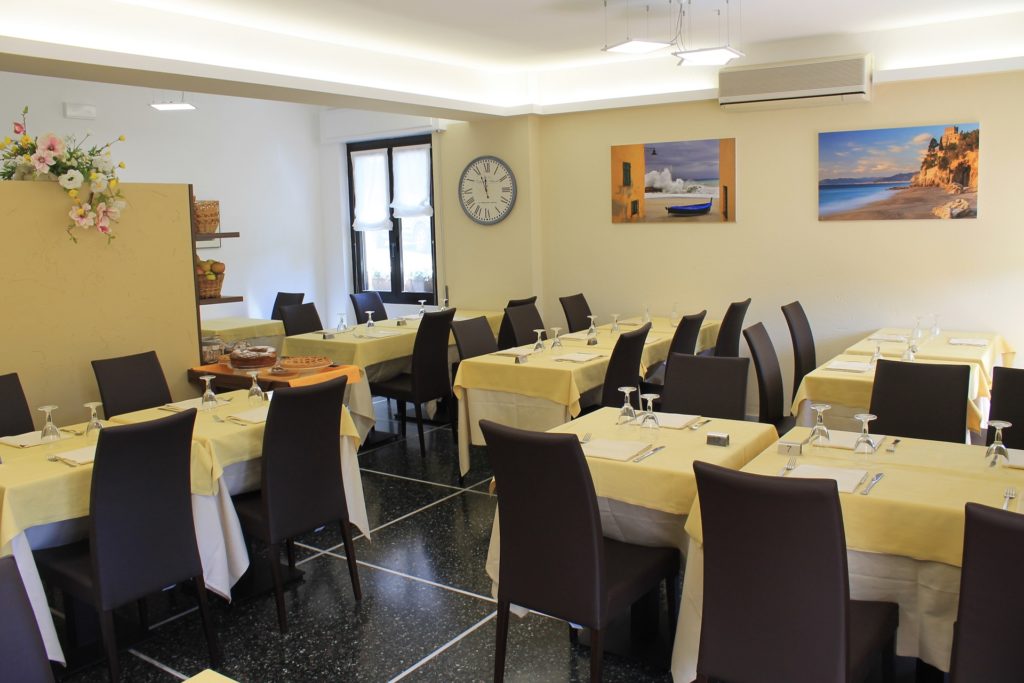 The hotel restaurant, with the kitchen carefully monitored by the owners, offers a rich selection of Mediterranean products and dishes with special attention to all local, traditional Ligurian specialties.
For guests with special dietary needs and/or children, “the kitchen” is happy to meet your needs in any way. 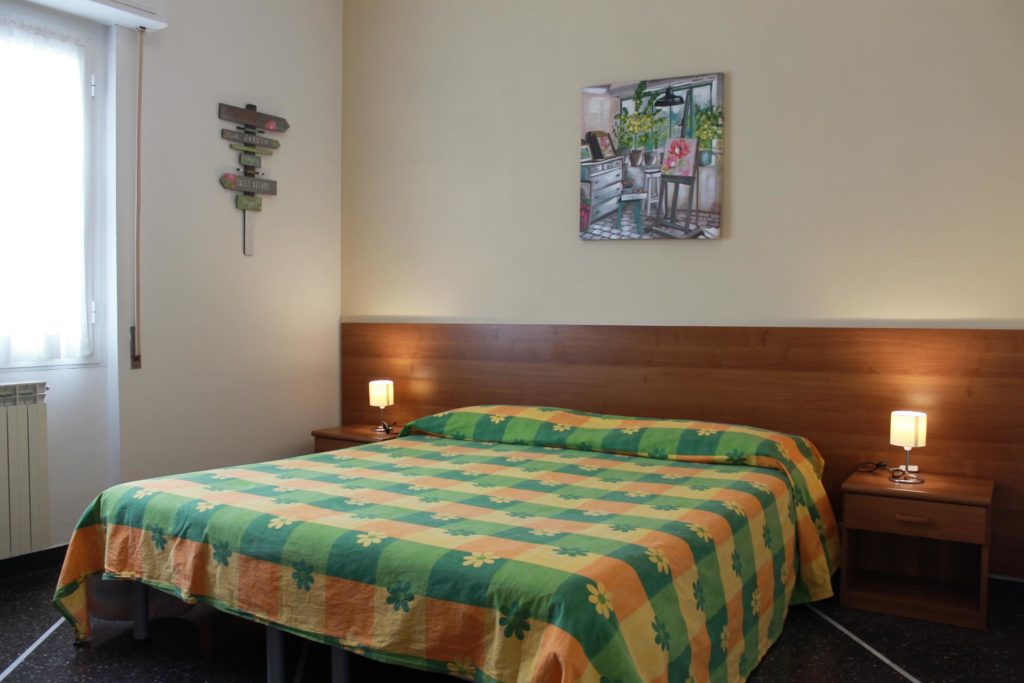 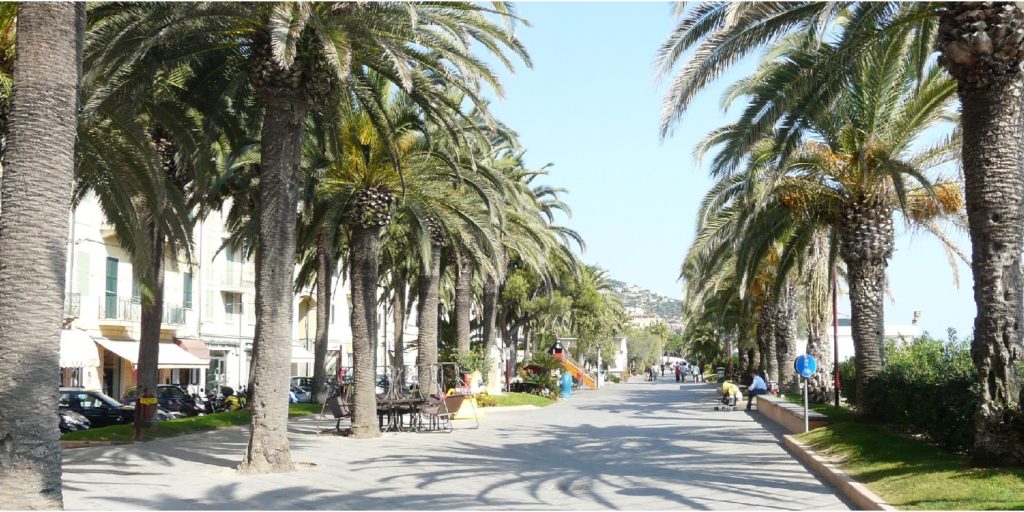 Pia, Marina and Borgo are authentic jewels of Ligurian art and architecture, a prestigious heritage that often becomes a beautiful backdrop for events and happenings. 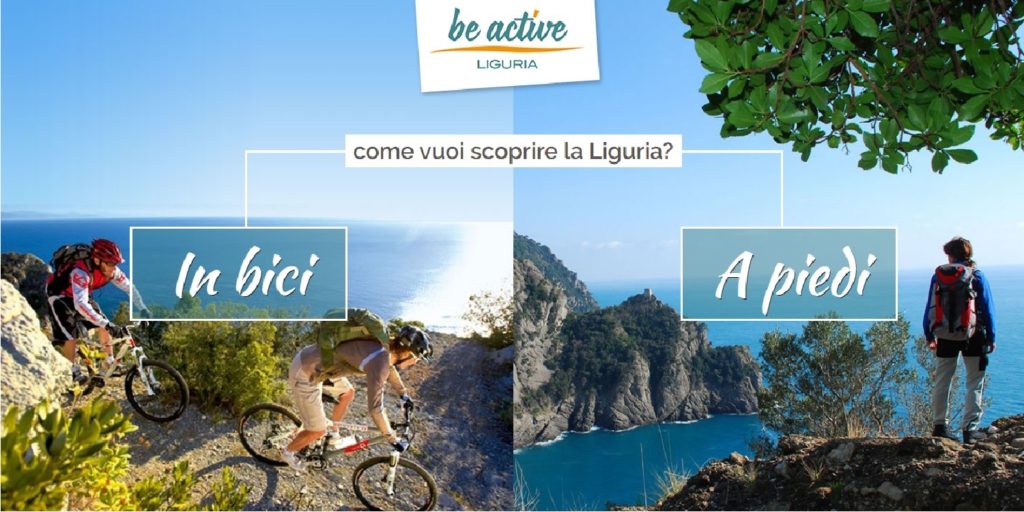 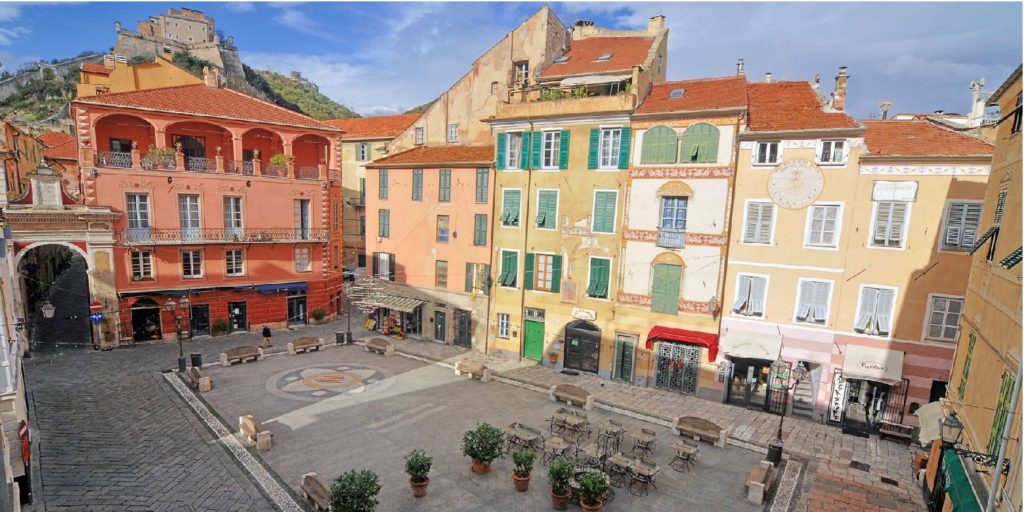 There are many events around the area of Finale all year round for all ages: so many different ways to expand your horizons and explore places that aren’t just the beach.